China and Singapore battle it out for Proserpine sugar mill 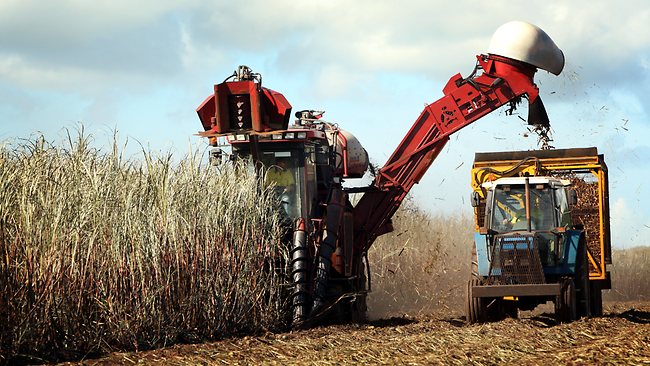 We’re following this story, as “both prospective purchasers have made clear commitments to furfural”and a successful outcome to the voting process will ensure that the plant is operational in 2012” (Ref.: is.gd/v8MQdq) and also attach at the end a press release announcing the sale of the mill.

China and Singapore battle it out for Proserpine sugar mill

Sugar harvesting at Bargara, east of Bundaberg in Queensland. 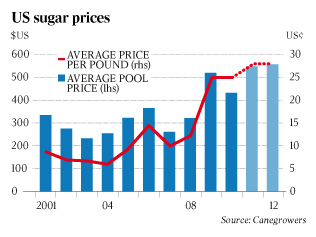 WHAT 300 cane farmers across Proserpine in north Queensland saw this week would have been impossible a decade ago.

Here were two Asian syndicates locked in a bidding war for their mill, guaranteeing more money for the farmers, who still own the mill as a co-operative.

The sale is a clash of the old and the new.

The potential buyers are China’s COFCO and Singapore’s Sucrogen, both competing for control of a sugar mill built in 1897 because of the financial commitment provided under the Sugar Works Guarantee Act of 1893.

Until 2006, when the final piece of deregulation was put in place, Australia’s sugar industry was largely governed by 19th-century or early 20th-century legislation, the main governing instrument being the Sugar Acquisition Act and Regulation of Sugar Cane Prices Act of 1915.

Under this legislation, a licence was needed to grow sugar cane and the entire crop was compulsorily acquired by the government, which handed it over to the Colonial Sugar Refinery to be sold on the international market.

Throughout the 20th century, whenever the chill winds of international competition blew through the industry, CSR had the political clout to get bailed out by the government and avoid the sort of reform that all other Australian industries went through.

In modern times there has been the 1986 sugar industry assistance package and another in 1993.

And in 2004, under political pressure in the sugar seats of north Queensland, John Howard put forward the $444.4 million sugar industry reform program.

But Australia’s sugar industry has changed dramatically since then as paternal agrarian socialism has been upturned.

The assistance package provided money for smaller farmers to leave the industry and they did: there are now only about 4000 cane farmers in Australia, as opposed to 6000 in 2004.

The size of the average farm has increased and produces about 7000 tonnes of sugar, as opposed to less than 5000 beforehand.

Mill ownership is where there has been the greatest change.

The Proserpine Mill is a good example of the industry standard, being fairly old and owned by a local co-operative, which was effectively given the mill by the state government.

CSR’s decision to focus on its building materials interests and get out of sugar meant its seven refineries in the most productive part of the sugar belt were for sale and Singapore’s Wilmar beat off China’s Bright Food Group last year, paying $1.75 billion for them.

There has been a recent wave of activity and in July China’s state-owned COFCO bought the Tully mill for $136m.

As a measure of international interest in Australia’s mills, the other bidders were US agribusiness Bunge and local company Mackay Sugar, which had formed an alliance with European agribusiness company Louis Dreyfus.

Earlier this week, the Maryborough Sugar board, which runs three mills in north Queensland and another at Maryborough in southeastern Queensland, recommended that shareholders accept a $313m takeover offer from Thai-based Mitr Phol.

And the fate of Proserpine is still unclear: on Wednesday, Sucrogen announced it had reached an agreement with the mill’s administrators to buy it for $120m, but since then COFCO has upped its offer to $128m. The administrator, KordaMentha, was not returning calls yesterday.

Farmers still in the industry are far better off now than they were a few years ago, the rise in world prices probably being of more benefit to them than deregulation.

World prices a few years ago were about $300 a tonne, but Queensland Sugar, the body now marketing most of the sugar crop overseas, is predicting prices will stay around $500 to $550 a tonne for the next season.

QSL is another feature of the new sugar landscape: in the world of deregulation, individual mills do not have to hand over their crop, and Maryborough Sugar opted out to market its own crop.

But QSL’s acting chief executive Greg Beashel, who has a history in the sugar industry and worked for the old CSR, says deregulation has had a big effect on the company.

“We are aware that people have more choice and we want them to have that choice,” he says.

“I think it’s made us a lot sharper as a company, and we’ve moved into some new areas of marketing that we might not have had the incentive to beforehand.”

Beashel says the long-term outlook for Australia’s sugar industry is good, largely because the world needs an extra two million tonnes of sugar each year on top of the 130 million tonnes that is the present size of the global market.

“A lot of that extra demand is coming from Asia, and we’re closer to that market than Brazil, which is the world’s biggest producer,” he says.

“But world prices are largely set by the cost of production in Brazil, and that’s going up while our costs are fairly stable.”

Australia will export only about 2.3 million tonnes this year, well down from more than three million tonnes it has been exporting in recent years, because of a summer of natural disasters, under which cyclones Yasi and Anthony flattened much of the crop.

But Canegrowers chief executive Steve Greenwood says although deregulation has led to fewer cane farmers, numbers are beginning to build back up again because there is a clearer future for the industry.

“Only a few years ago we had an industry that was largely protected, but we’ve now got a highly efficient industry that competes well on the world stage,” he says.

Greenwood sums up the views of many farmers when he says it would have been preferable for Australian companies to have bought into the sugar-processing sector, but overseas investment is preferable to no investment.

“It’s a bit of a shame that no Australian company has been able to see the value in our milling sector,” he says.