Lignocellulosic biomass is the most abundant organic material in Africa … and on earth.

Our passion for biobased chemicals emerged from an investigation in 1998 as we discovered the many possibilities for the conversion of sugar cane into products other than sugar, molasses and bagasse. For a variety of reasons, we directed our efforts towards the use of the C5-compounds (pentosans) and feedstocks that contain the highest levels of C5s (e.g Oat Hulls, Corn Cobs, Sunflower Husks).

Whilst there are many uses for the cellulose (e.g. pulp & paper, bagasse-based power), the evolving cellulosic ethanol industry opens additional lignocellulosic feedstock streams. For us this means an ever greater opportunity for a diverse range of applications that have C5-compounds as their precursors (See Furfural and its many By-products).

Feedstock for the Manufacture of Furfural

The majority of the furfural is made from corncobs in China (Picture below, left). Corncobs were also used in the USA (Picture below, centre and right) as feedstock for the manufacture of furfural and its down-stream products like furfuryl alcohol. Regrettably, its procurement cost and lack of harvesting also contributed to the downfall of the US furfural industry[1].

For years we have followed the developments of the biomass programs, ever since Bill Clinton signed the 1999 executive[2] order that initiated today’s biomass program in the United States of America.

China’s production costs and technologies will face (and are already faced with) the same set of issues that caused the disappearance of the furfural manufacturing industry from the USA.  We have created novel technologies that overcome the environmental and productivity issues. Despite these recent developments, the feasibility of furfural production still requires a low cost feedstock. At sugar mills, bagasse is generally available as a feedstock for furfural production. Although not ideal in composition for our purposes, it is often available at no charge.

Oathulls or sunflower husks are two more feedstocks that fulfill the requirements of a suitable feedstock, but quantities are too limited for the amount[3] of chemicals we would require for new applications that we’ve identified. These processes need continuous good quality supplies of furfural that simply can’t be obtained from these types of starting materials.

For any new consumers of furfural (especially those using it on a large scale), the following two sources of feedstocks are of great interest. They are available for ±365 days per year and furthermore the removal of the C5s (to produce furfural) benefits the end-users of the cellulose.

We are familiar with the agricultural arguments and benefits related to harvesting corncobs and to some degree stover. Already back in 2003/2004 we undertook some time-motions studies with a contract harvester in order to get a sense of the viability of concurrent harvesting of cobs (and stover) and estimated the collection costs.

We were, of course, following with interest the 2008 and 2009 harvesting trials for the supply of the developing cellulosic ethanol and energy projects in the USA. And we are encouraged by the progress made in developing commercial available (since Sep 2009) mechanical corncob harvesters.

Cellulosic Ethanol: It is a known (and currently unresolved issue) that furfural inhibits the biochemical conversion of the cellulose, resulting in a higher conversion cost. We believe that our Furfural-BBS™ concept is one of the possible solutions in overcoming this issue. More ..

We’re developing the first corncob to electricity project in South Africa. Once operational, a ±25% increase of biomass supply will allow us to add a biorefinery for a biomass to furfural conversion (see Cobchem™, below), which leaves a residue suitable for continued co-generation of electricity. The biorefinery will add significant revenue to Cobelec™ from the sales of the biobased chemicals. The concept of co-production of power and furfural is not new (NB: Both, Arcoy and PSM Biorefinery, co-generate electricity, using bagasse and furfural residue), however, our innovative integration of technologies is: The resulting business plan has turned out to be an award winning proposition for a cleantech investment!

Our Cobchem™ concept is the smart integration of commercially available technologies for the manufacture of furfural (and its many By-products) with a Cobelec™ power plant. Its uniqueness is expressed in the absence of (water and air) pollution, as well in its energy efficiency.

[1] The last four furfural production plants were shut down in the United States between 1995 and 2003, causing an annual capacity loss of 90 thousand metric tons.

Keep it simple! Making furfural is not rocket science.
It’s all about the integrating furfural production into the mass and energy balance of a pulp or sugar mill, 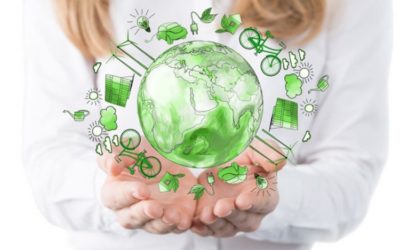 The decline of crude oil prices during 2015 forward has hampered the growth of bioplastics, but there are remarkable technology achievements to make biochemical building blocks.