About Sugarcane, Co-generation (.. and beyond?)

Beyond electricity: There is big potential for the (South) African sugarcane industry ... (in our humble opinion, of course) Picture: THINKSTOCK THE South African sugar industry has potential to contribute at least a 1,000MW to the national grid i...
Bagasse | Biobased Electricity | Sugarcane

About Sugarcane, Co-generation (.. and beyond?)

Beyond electricity: There is big potential for the (South) African sugarcane industry … (in our humble opinion, of course) 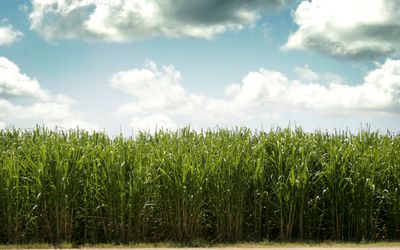 THE South African sugar industry has potential to contribute at least a 1,000MW to the national grid if the government were to move fast in passing enabling legislation, with Eskom agreeing to buy at a reasonable rate, TSB CEO John du Plessis CEO said on Wednesday.

TSB is a sugar company owned by Remgro.

The industry has for the past three years tried fruitlessly to convince the government of the potential to help the country get extra electricity from its operations and alleviate the challenges Eskom faces as the sole generator and supplier of electricity to the rest of the country, as a growing economy has meant business and residential demand has grown faster than Eskom’s capacity to provide power.

Addressing a media briefing, Mr du Plessis said every sugar-milling establishment in the country had potential to invest in and improve boilers and turbines to start co-generation of electricity within a short space of time.

However, there was no incentive to do this because the government had approved only wind and solar as alternative, sustainable energy sources. This had left behind the sugar cane sector, which regarded itself as a potential green energy source, from sugar cane masses resulting from sugar extraction processes.

Nico Stolz, TSB’s specialist engineer on energy technical support, said the sugar industry could alleviate some of the country’s energy problems, particularly during winter periods when power demand peaked, because that was also when most sugar mills experienced high activity.

“If the government were to agree, the industry’s investment into new boilers and turbines would be considerably less than the new power stations built and the delivery of the additional electricity could be realised in a matter of few months,” he said.

Mr du Plessis said it was unfortunate that TSB Sugar, the third-largest sugar company in South Africa after Illovo and Tongaat Hulett, would soon be generating electricity for Mozambique in its new $740m plant servicing sugar fields in Mozambique.

TSB Sugar, a wholly owned unit of investment group Remgro, would build the mill at Massingir, near the South African border, as soon as the company obtained a land-use permit and signed an investment agreement with the Mozambican government. What was still outstanding was the environmental assessment study.

TSB’s expansion into Mozambique, close to its operations in Mpumulanga, will mean it joins Illovo and Tongaat Hulett in producing sugar outside South Africa.

Mr du Plessis said this would be a bid operation producing up to 500,000 tons of sugar for the European Union under the preferential agreement between the EU and the Mozambican government.